RSS
← How much?
Keeping the balance →

Conflict management: It may not be easy, but it can be simple 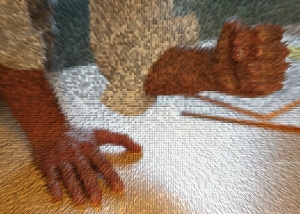 Ira furor brevis est – anger is a brief madness. The consequences of decisions made in anger are not

A friend received a letter of resignation the other day which was, in my opinion, the culmination of a series of management mistakes. Tension had been building up for some time as I understand. The result was a verbal showdown in front of colleagues and the resignation of the employee involved. So what does the autopsy show? Let’s make a to don’t list:

1. Don’t lose touch with your people

Even if they work at a remote location, you need to be in personal contact. Remember, we are talking about small and medium sized operations. When you limit your communications to phone calls, emails and, god forbid, scorecards and reports you are missing the essence of what you keep saying is your company’s most important asset: its people. Your people. How can they be your most important asset if you are not willing to take the trouble to drive out and find out up close and personal what’s up (or down) with them. If they are facing personal issues or even tragedies, shouldn’t you be aware? When you communicate personally with people there are so many messages between the lines. “I am unhappy”,” I am pissed off”, “I am about to blow a fuse”, “Why does nobody appreciate the fact that I put in twelve hour days without clocking overtime?” Did you even know this? Probably not if you are only calling them during work hours and only looking at the OT sheet. You visit the premises and as soon as you walk in the door you can tell if everything is running smoothly or not. Is it tidy? Is it clean? Is there a good, bad or ugly atmosphere?

2. Don’t only listen to one side

This is cradle of bias. Get all the facts from both sides and then get some third party input. Then sleep on it. Let them sleep on it. Then decide on what approach you will use. Remember that everybody, with the exception of certain historical figures and the highly professional, assume that they are right, the better person and perfect at their job. This, of course in combination with a healthy dose of self preservation instinct will have an effect on their narrative. Use all your senses, including your instinct when listening to accounts of incidents. Always see things within context. Nothing happens in a void. People favor other people, harbor grudges and have wants and needs. Examine the incident with reference to the frame within which it occurred and look for hidden factors and parameters. An upstanding, trusted co-worker faced with a sky high doctor’s bill for their child might develop long fingers.

Deal with conflict immediately and personally. Things we hope will go away if we ignore them are limited to school yard bullies and pushy sales people. The rest need to be dealt with.

The people you trust to manage other people are people. They have people reactions. You need to recruit correctly and then train and coach. Especially newly promoted managers or team leaders. They need to learn one simple rule: Treat your reports as you would like your manager to treat you. Nothing more, nothing less. If a co-worker is indeed out of line and his or her manager handles it badly you will become involved in a “yes, but” type of conversation. The friend I mentioned at the beginning was in a difficult position because although the team leader was right, the issue became not the performance of the employee but the unprofessional conduct of his manager. Lawyers love this kind of thing. “You see their performance was negatively impacted by the manager’s bad handling and personal grudge”…

Back to the historical figures again. This is impossible. It is possible to control it though. This takes effort for the more hot-headed amongst us. It takes a conscious decision and self discipline. If even I can do it, so can you. If you see yourself ready to explode, interrupt the meeting, ask the other party to come back tomorrow with the facts and sleep on it. Sometimes the implication that you are so angry that you can’t continue the discussion in a civilized manner is enough to make a point. You will regret nine out of ten decisions you make under the guidance of anger. Even if it is the decision to use harsh language. You can not be in control of your company if you can’t control yourself. Having said this, a staged, controlled outburst does have an effect in some cases. It depends on who you are dealing with. If this were not the case “0” on the phone would have “Pearly Gates” printed next to it instead of “Reception”.

This is another, less sung, reason to reprimand in private. If it comes to the point that you are out of control, you don’t need an audience. Telling people off in private, removes 90% of ego from the equation. They don’t have to save face or put on an act of saving face, usually manifested as defiance, in front of colleagues once the boss has gone. You can have very extreme conversations behind closed doors and once the steam has dissipated, you can close with, “To everybody outside this room this conversation never happened”. Both parties walk out smiling and the issue is contained rather than costing man-hours in gossip in the form of extended nicotine and caffeine breaks.

If you are going to get to the root cause of problems and find long term solutions, as opposed to fire fighting, you need to walk a mile in the other person’s shoes. If you refer to Rule 1, and if you are actually communicating with people, then you should have a sound understanding of what everybody does or is supposed to be doing.

Let’s stop here. Just remember that steps 2 through 7 are usually redundant if you practice Rule 1 until you are perfect at it.

← How much?
Keeping the balance →

2 responses to “Conflict management: It may not be easy, but it can be simple”